Poplar as an Energy Crop

SRC/SRF Poplar is a viable alternative to SRC Willow. It shares many of the characteristics of willow but with other benefits of its own. For example, Poplar’s broad leaves generate impressive shade, making it an aggressive weed suppressor and, where visibility and aesthetics are an issue, some believe Poplar to be a better looking crop than Willow as a result.

Planting, establishment and harvesting are broadly similar to SRC Willow with a requirement for various inputs before harvest.

Poplar plantations can be planted with the same machinery as used for Willow at a high speed and quality. Compared to cutting planting machines, which use pre-prepared 20 cm long cuttings as planting material, the Step Planter is fed with whole rods, which are approximately 1.50 to 2.30 m long. The rods are automatically cut into 20 cm cuttings within the machine which are then firmly pushed into the ground by a fast moving pestle.

Generally speaking, harvesting can use similar or identical equipment as for willow, but Poplar harvesting may be slower as Poplar stems are likely to be thicker than Willow. Poplar can be cut by a forage harvester and chipped immediately, or cut into poles and baled for transport and chipping at a later date and different location. 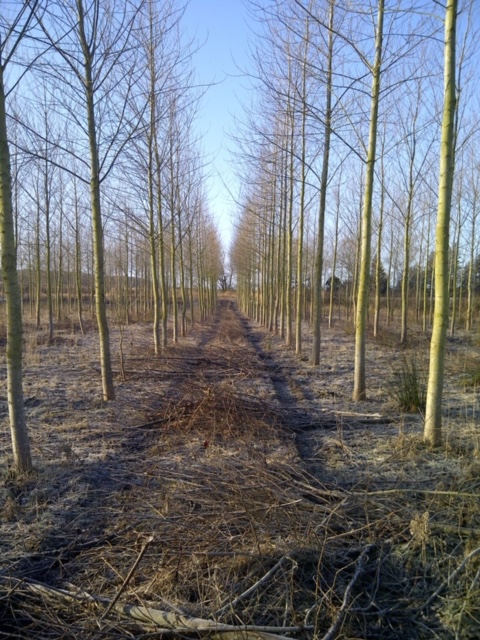 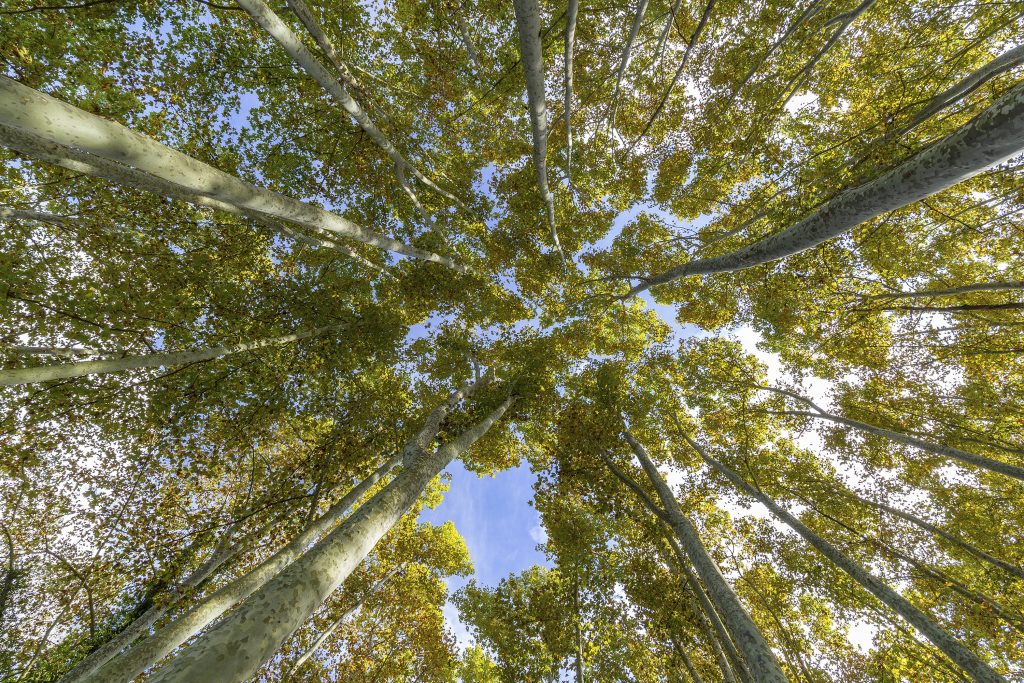 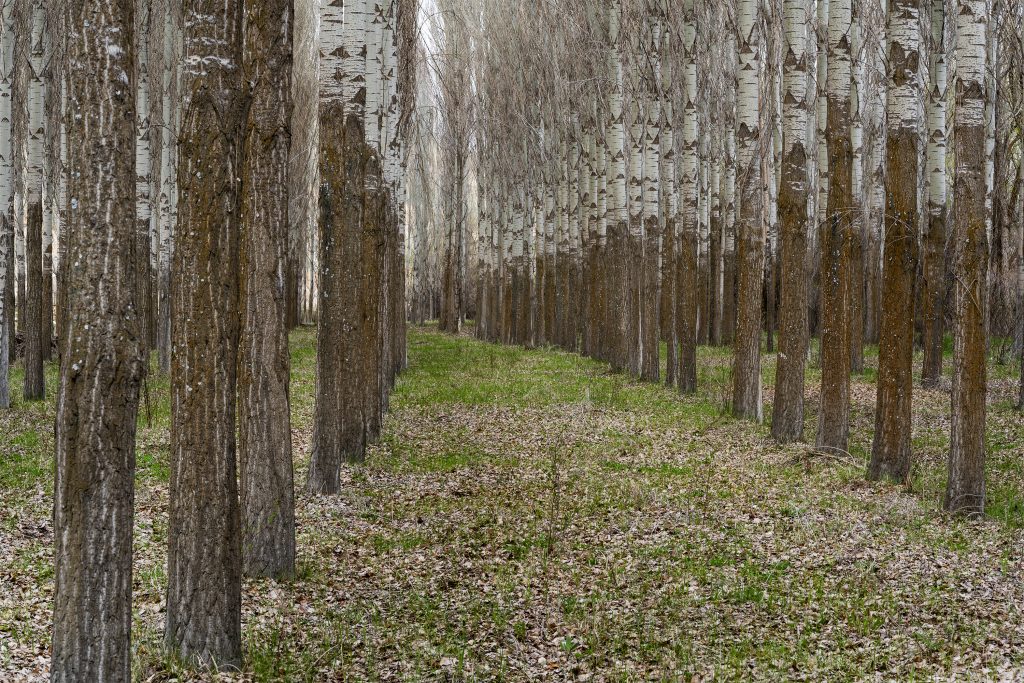 This SRF plantation of Poplar shows its excellent characteristics of tall, straight trunks 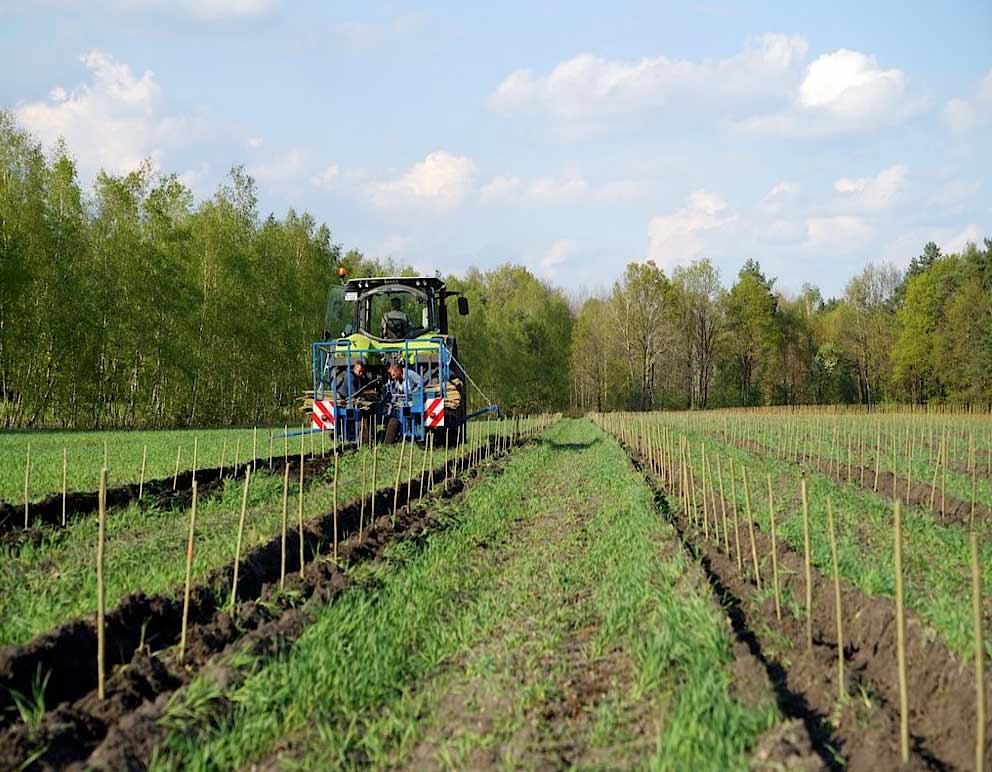 Poplar is planted by a step-planter, which pushes the rods firmly into the prepared soil 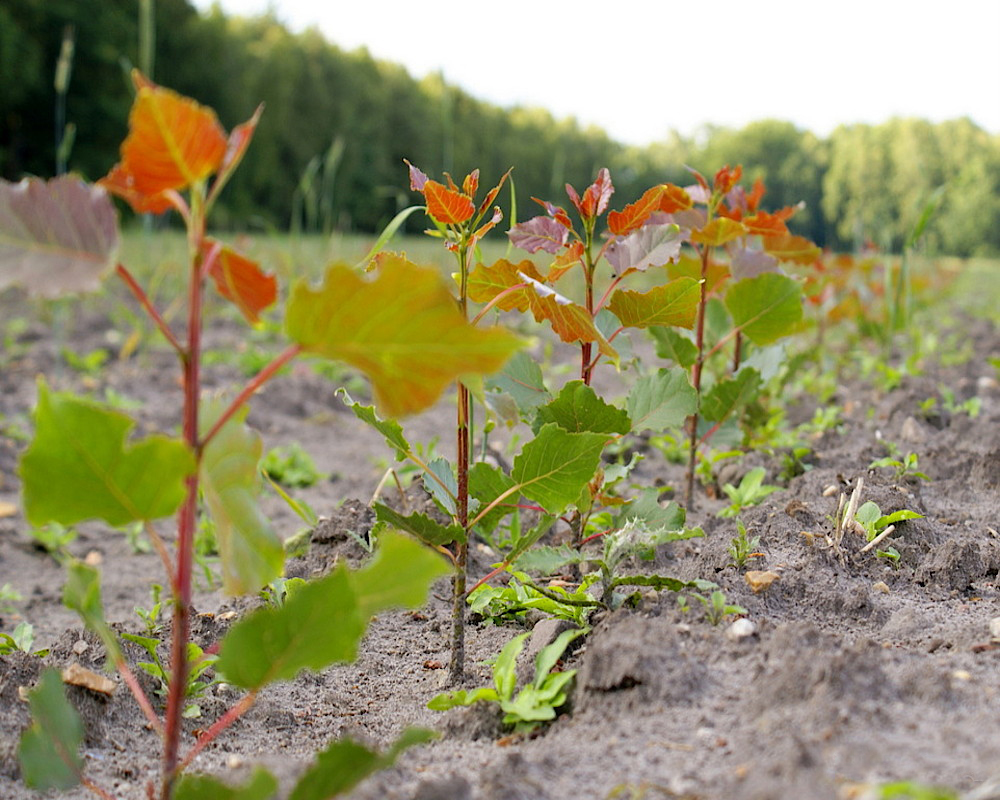 Poplar grows at a very fast rate, making it highly suitable as a perennial energy crop