Jason Schofield and his family have owned and farmed 650-acre Old Oakwood Farm since 2015. Jason moved into farming following the 2008 banking crisis. His highly successful national archive storage business was spotted by US business acquirers and the resulting sale allowed Jason to realise his boyhood dream of being a farmer.

Jason knew that he needed help to decide how to improve the profitability of his farm. From his time spent in the commercial property industry, he knew that many farmers struggled to produce working profit from their crops, but were able to continue farming due to the ever-increasing value of their land. He began to wonder how he could produce working profit from his farm, particularly the land that wasn’t able to support traditional arable farming.

Some of Jason’s land is on the banks of the River Wharfe, which floods annually, making the land impossible to use for arable. Since Old Oakwood Farm already had about 12 acres of Willow, Jason’s land agent introduced him to Neil Watkins, whom the land agent knew of as a willow expert. Neil visited the farm and persuaded Jason to plant a further 100 acres with energy crops. Jason says:

Land that isn’t the best land for food crops can be used for energy crops including land that is prone to flooding. Neil was able to persuade me that the economics of growing energy crops, alongside my other food farming, made sense.

Jason knows that diversification is vital for the modern day farmer. He knows that most farmers wouldn’t be interested in turning all their land over to Energy Crops, or “all their eggs in one basket,” he says. Neil Watkins wholeheartedly agrees with him on this. “We’re never going to suggest that farmers swap food growing for energy crops,” says Neil. “Growing perennial energy crops alongside arable and livestock is beneficial to the non-energy farming in so many ways.” Jason’s also very aware that, with Brexit looming, there will be substantial changes to the subsidies that all farmers have become accustomed to over the last few decades. He says, “Farmers have to be weaned off subsidies.” It’s likely that incentives are going to be moving towards environmental considerations: energy crops and forestry.

I think investing in energy crops gives you an opportunity to make at least an equivalent return and in some cases a better return but which also protects for the future.

Although Jason is waiting for his first harvest, he thinks on average the return from SRC Willow will equate to, or be larger than, a reasonable return from food crops. So what’s the advantage? He says, “Barley, wheat, oilseed rape – the returns that a farmer can get can vary wildly year to year because of the weather, irregular seasons, floods etc.” Jason calls these the swings, ebbs and flows that are associated with food crops. He’s convinced that the returns from Energy Crops are more certain. “In a very good year, you’ll probably get a better return growing wheat but you don’t always get a good year.” Planting and growing Energy Crops alongside your arable is a longer term investment but on average over, say 10 years, it can actually give a better return.

Jason’s harvest is contracted to be sold to a paper mill’s CHP plant in Cumbria. The contract is fixed-price and index-linked, which is one of the reasons he decided to plant more willow. Compared with arable crops, SRC Willow has much easier to predict yield tonnage – the fixed price contract has also made the price he’s paid for his chipped wood predictable too, whereas arable prices vary from one month to the next.

Growing wheat, barley & oilseed rape, I never have an idea of the tonnage or yield but with my energy crops, I’ve got a reasonable idea of what the yield may be.

An important point is where Energy Crops Consultancy came in. Neil was able to show Jason how, with a relatively unscientific handholding, he could turn an average perennial energy crop yield into a very good yield, even to a level of 30-40% improvement. Jason is now very excited about assisting other growers tap into the huge but currently fragmented market for SRC Willow woodchip.

Looking to the future, Jason is convinced that things are only going to get better for Energy Crop growers. “There are great opportunities to persuade people to grow willow on their land so they can grow their own fuel for their boiler especially in these renewable energy days where we’re all being encouraged to do our bit.” He believes that 20% of existing land will be turned over to energy crops and forestry and that’s where the new Environmental Land Management Subsidies will be aimed. He’s sure that even if that wasn’t to happen, the returns are on a par with food production – he has no regrets at all about diversifying into Energy Crops.

There are great opportunities for medium sized farms where the land is mixed, close to rivers, with flood zones; you’d almost be crazy not to look at it.

He says, “You might decide, having looked at it, (that’s where Energy Crops Consultancy can help), that it’s isn’t actually right for your individual circumstances, but it’s hard for me to conceive, if you are in a flood zone, that you wouldn’t consider it especially where the returns are comparable and in some cases better.” 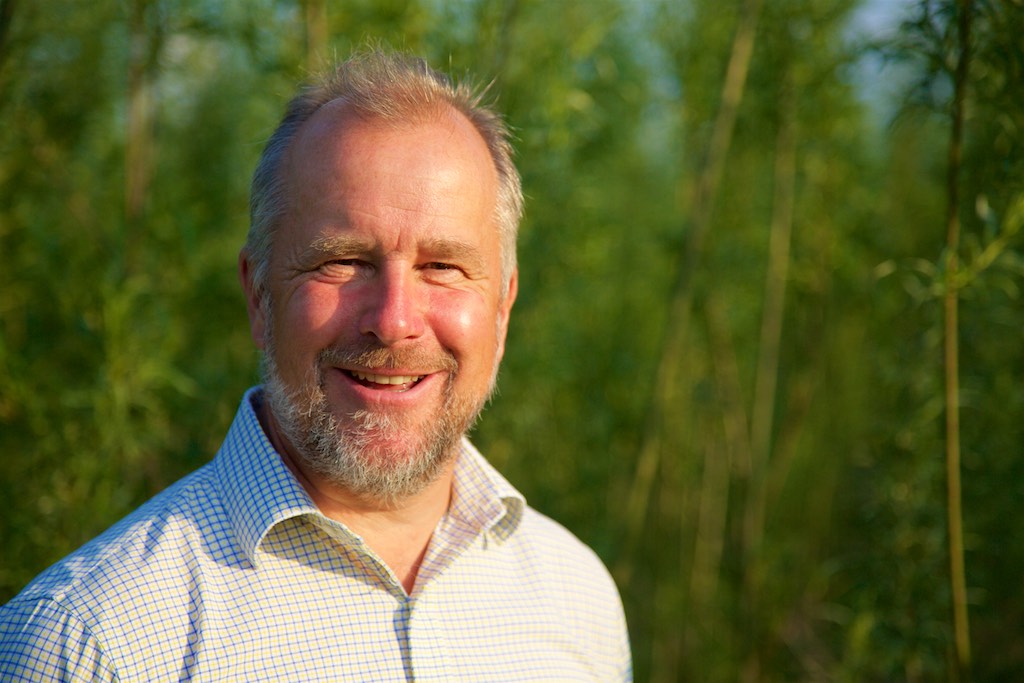 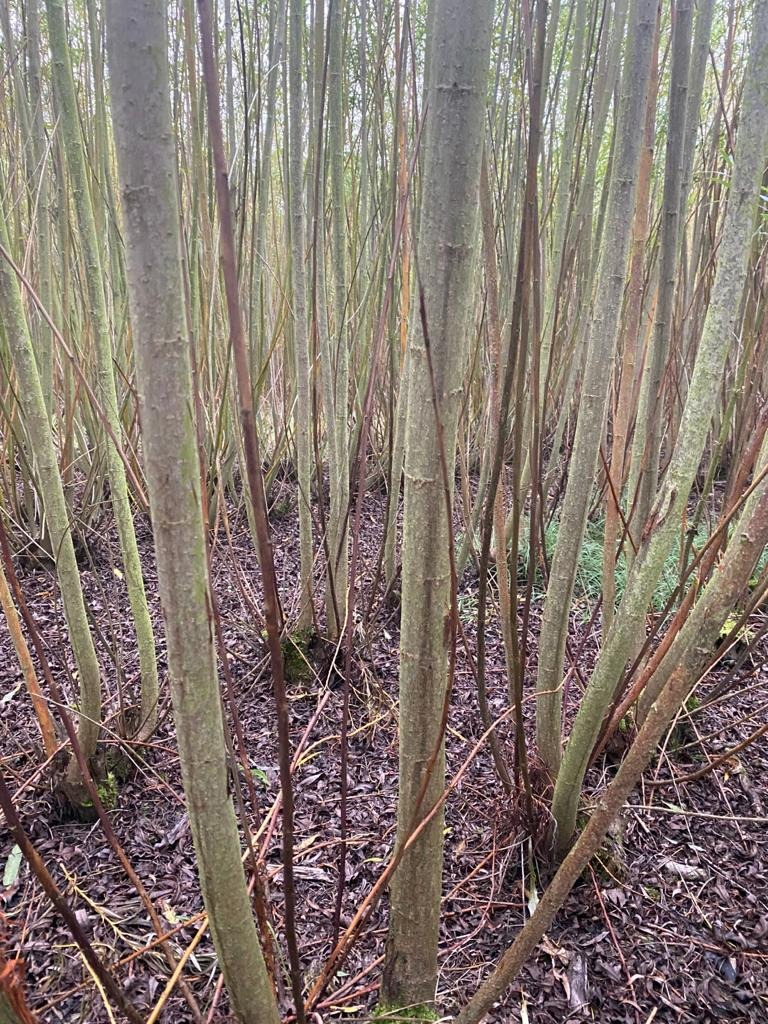 This is a 2nd year crop, approaching its first harvest 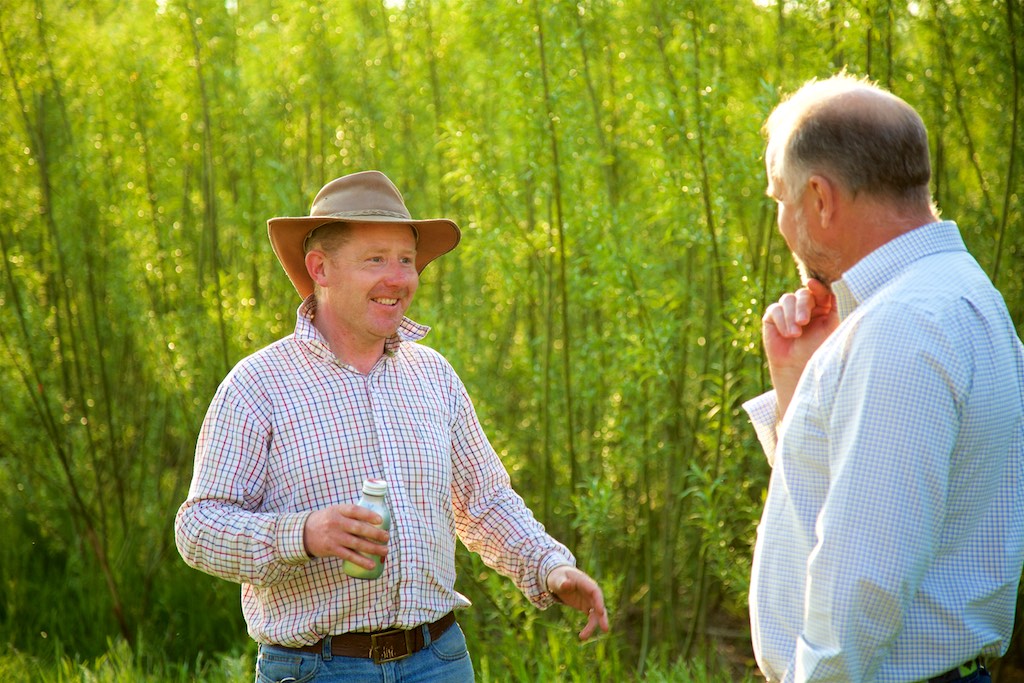 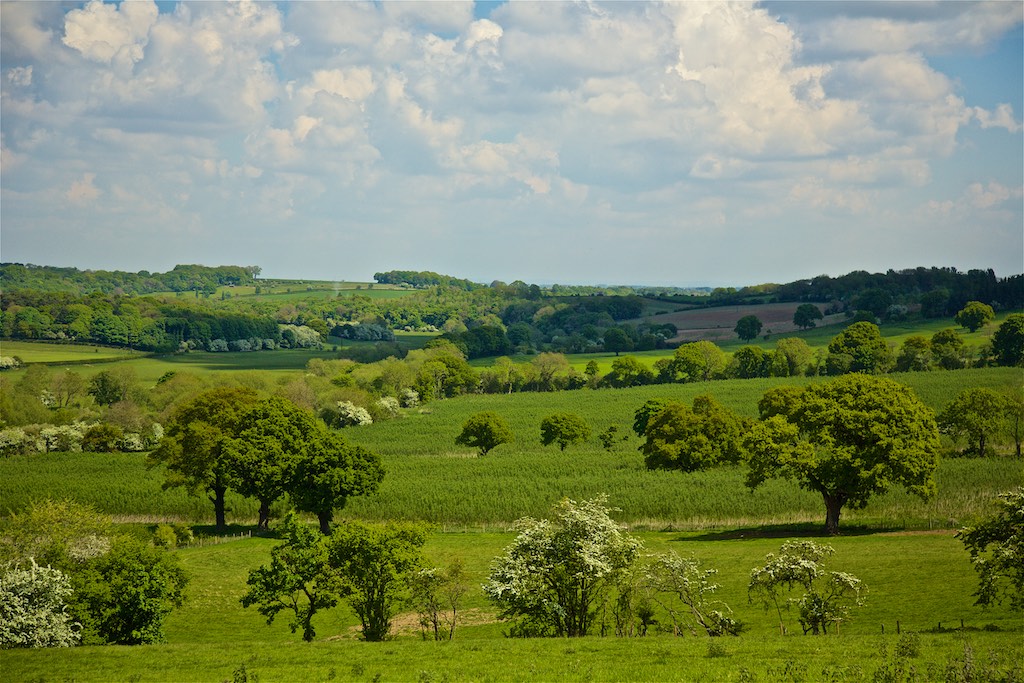 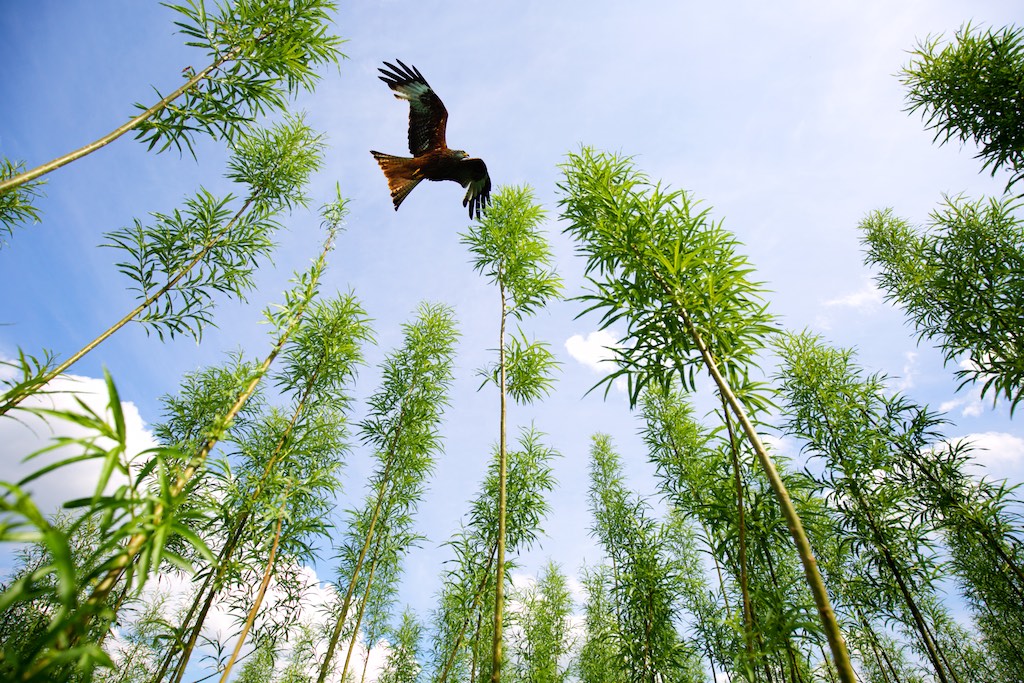 SRC Willow attracts many kinds of animals and birds, including top predators like Red Kites 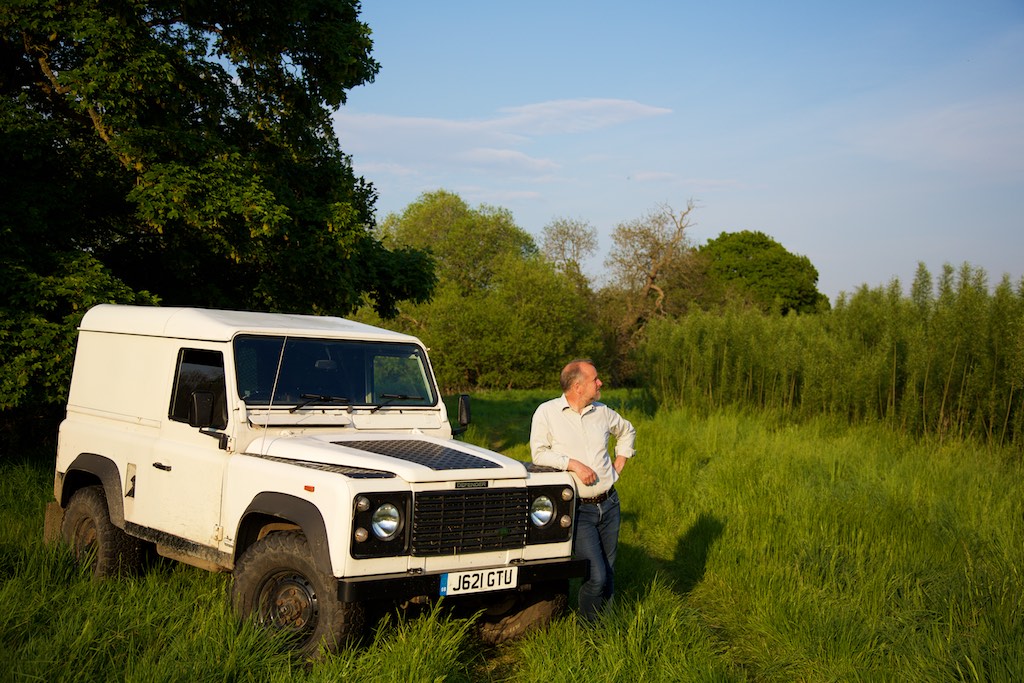