Perennial Energy Crops as a source of food for bees?

Willow, in particular, is a rich source of nectar and pollen for insects such as bees and butterflies. Recent research has shown that worldwide, 40% of insect species were suffering “dramatic rates of decline.” In the UK, studies have shown losses of butterflies, moths, beetles, bees and hoverflies. All these insects are vital pollinators and their decline can have terrible consequences for entire ecosystems. Insects are doubly important as they act not only as pollinators, but are also a vital food source for many other creatures like birds, bats, amphibians and reptiles. Other studies have shown that, in the UK, more insects live on willows than any other tree species.

“An abundance of pollen is required early in the year which makes Willow a very important plant for honey bee nutrition.”

In Great Britain, willow trees are a very important Honey Bee forage plant, as they provide large amounts of pollen and some nectar very early in the season which is very valuable to colonies that are building after winter.

The Willows are dioecious having male and female catkins on different plants. Both sexes produce nectar and are avidly worked for it by the bees. Whilst only the male plant produces pollen (also known as bee bread), several of the common species produce pollen in very large quantities, flowering from March to the end of May. This early source of pollen is vital to the honey bee colony as it is building; there is usually a shortage of pollen from other plants at this time of year. Honey bees require large amounts of pollen as it’s their principal source of protein, fat, vitamins & minerals. Pollen demand in the colony is related to the amount of unsealed brood in the colony. Honey bees cannot rear brood without pollen. Nurse bees would be unable to produce brood food from the hypopharyngeal glands to feed to the young larvae. (Pollen stimulates the hypopharyngeal glands to produce brood food and the fat bodies of winter bees). Pollen is rich in protein and is essential for Body building material for growth/development and for the repair of worn out tissue. Bees can discriminate between pollens by colour and odour although they cannot distinguish between the qualities (protein content) of various pollens. When the worker honey bee emerges from its cell, pollen is essential for it to reach maturity in a healthy state. The honey bee depends on pollen for the orderly development of its glandular system while it is a house bee. A strong colony of honey bees at its peak of brood rearing requires about ½ lb of pollen per day.

The Clifden Nonpareil, Britain’s largest moth species, went extinct in the UK in the late 20th century but is now re-colonising from Europe. It is known to feed on Poplar. 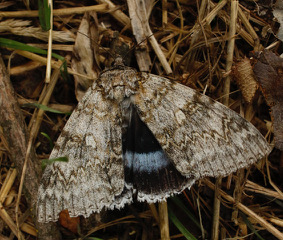 The Poplar Hawkmoth is common and feeds on both willow and poplar. 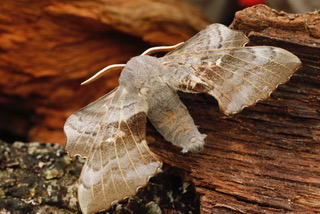 These moths also have large larvae that are a very attractive food source for many birds, particularly during the nesting season. 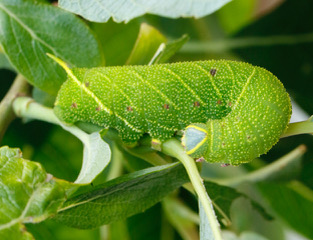 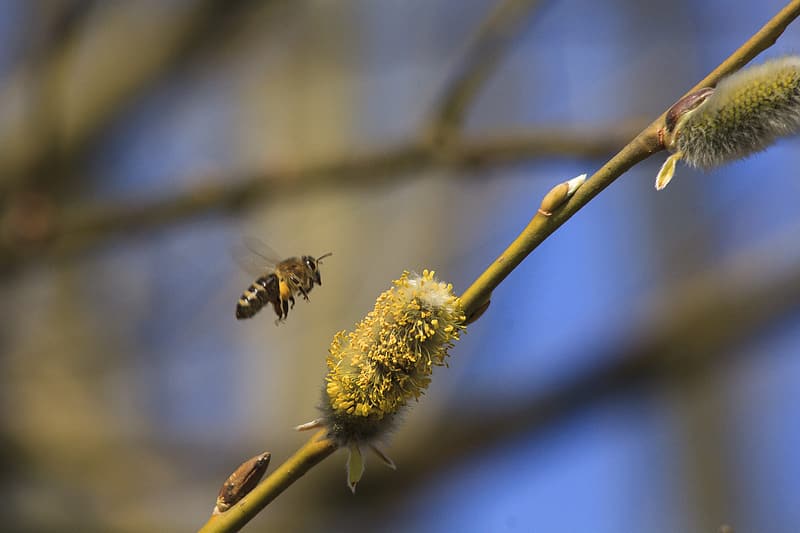 A honey bee approaches a Willow catkin to feed on the nectar it contains. 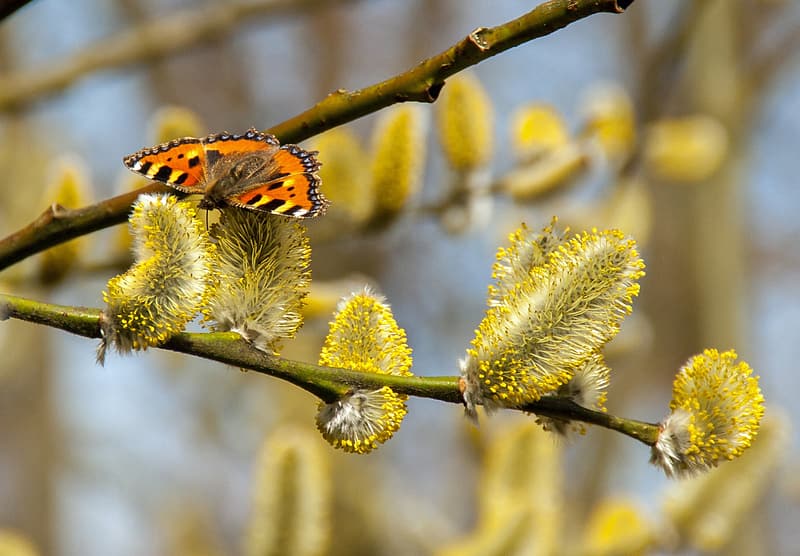 This is a list of tree species and their associated insect species populations.