John Hepworth recently expressed his gratitude towards Energy Crops Consultancy (ECC) in a number of letters sent to Neil Watkins, founding director, after the team harvested a fruitful yield of willow on his farm in East Yorkshire.

One of his letters read,

“A job well done for turning a nightmare of 16 years of growing Willow into now growing and selling a very valuable crop.”

Having experienced a number of difficulties with other contractors in the past, John was delighted to discover that Neil and his team at ECC were able to efficiently harvest his 4-year-old willow wood crops, and subsequently sell the quality woodchip locally at a good price to see a positive return on his investment.

Neil and the ECC team had worked hard to harvest nearly 1000 tonnes of willow across the ten hectares of land in just 3-4 days, working late into the evening to avoid the rain and make the most of the good weather they had. Both John and the team were proud to have harvested such an amazing yield, averaging at 92 tonnes per hectare. With his strong network and wealth of experience, Neil was also able to source a local end market for John’s woodchip to reduce their carbon footprint.

It had been four years since the willow crops had been harvested on his farm, and John admitted that the previous harvesting job was poorly executed. So he was very impressed with the quality of the performance and results provided by ECC, especially when we sourced a local end market that didn’t require long-distance haulage.

“I’m very relieved and satisfied with the staff and the commitment of the members who have worked tirelessly day and night to harvest the crops. Everyone has been a tremendous asset.”

Over the years, John has been gradually converting his land back to nature, encouraging local wildlife to return and biodiversity to flourish. He has found that the different varieties of willow on his farm have been assisting with this and have proven to be very beneficial for the local wildlife.

The willow crops have been “growing rampant” since they were harvested and are already 8 feet tall after just three and a half months. With the recent heavy rainfall and sea breeze, John expects the crops to continue thriving with ECC’s crop management and looks forward to the future with ECC.

“I’ve seen more birds and bees around the farm. It’s great to be productive and also increase biodiversity and enhance the environment at the same time.”

ECC’s goal is to help more people like John find new revenue streams with their land while supporting the world to achieve net zero through renewable energy solutions and carbon sequestration.

This drone image captures the amazing height of John’s crop before we were brought into harvest it – approximately 8m! 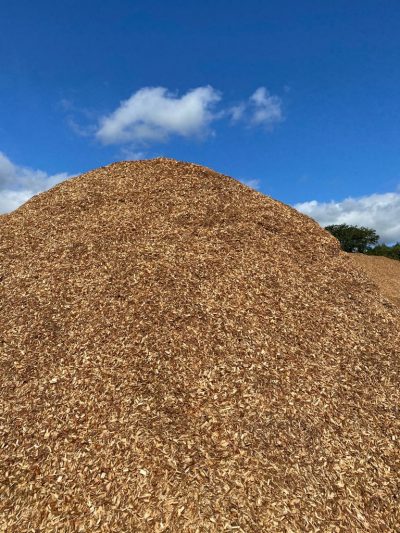